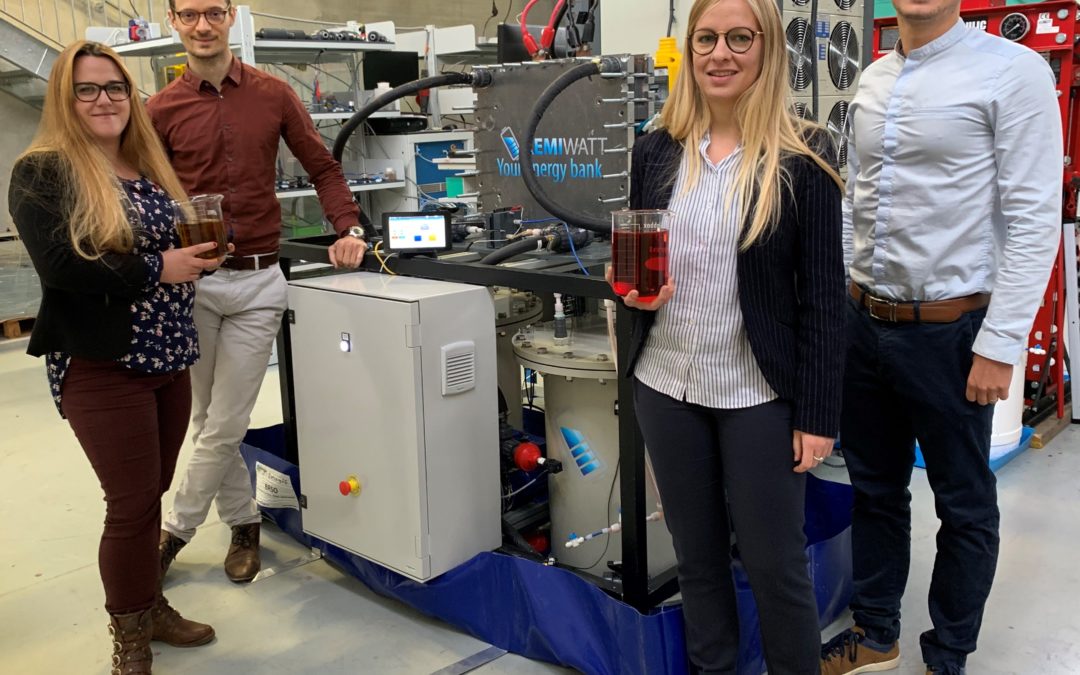 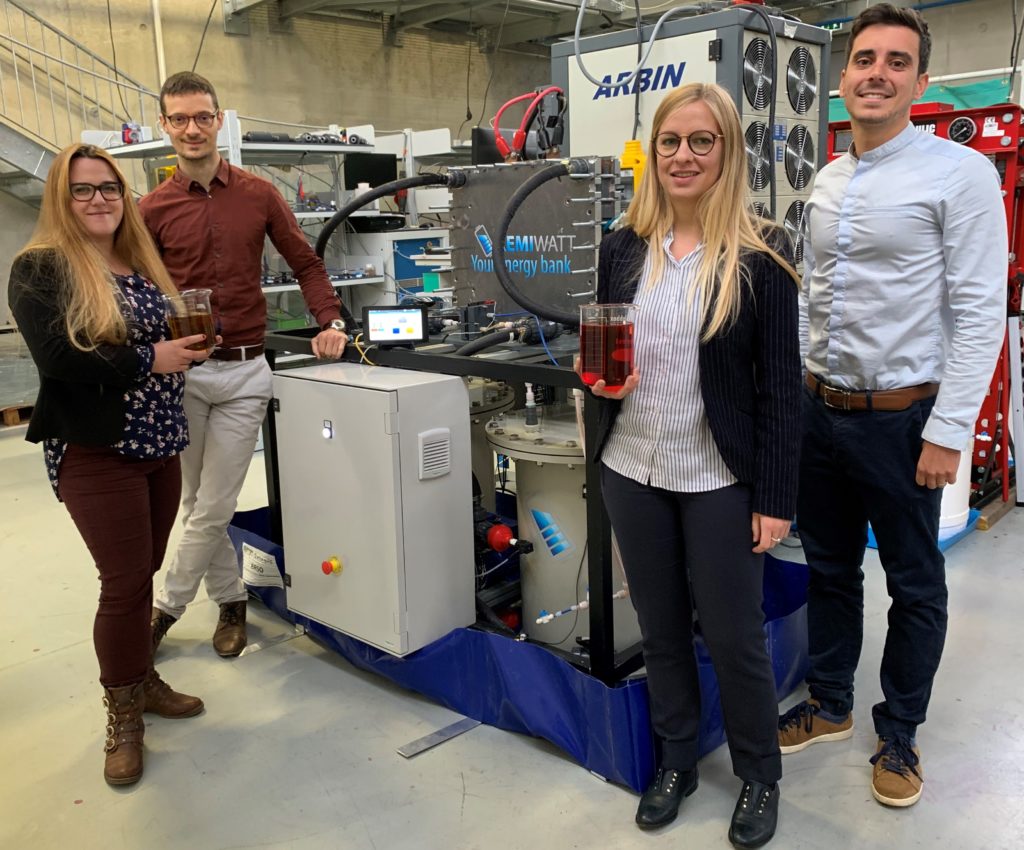 After successfully completing a demonstration system with commercially available chemicals, the company has taken a further step in developing its proprietary chemistry. The project was supported by its historical partner laboratory MaCSE and one of KEMIWATT’s industrial partners. This strategy allows the startup to design the molecules best suited for use in its flow battery, while securing and controlling its electrolyte supply chain.

Ten molecules were studied to select a major candidate. The system was then scaled up in an industrial scale assembly with electrolyte volumes representative of the final system.

The battery was capable of delivering 4 hours of discharge at the power density expected in the industrial stack with impressive capacity retention of 99.99932% per cycle. This stability predicts a long system life, consistent with KEMIWATT’s target of 20 years of operation.

This achievement will be extended to longer discharge times and megawatt scale to confirm that applications requiring between 4 and 10 hours of storage (such as PV charge transfer) can be handled by the KEMIWATT system with an unbeatable levelized cost of storage.